An interview with Hildi Mitchell, exploring being a woman, a mother and a female headteacher to celebrate International Women's Day 202…

Hildi Mitchell has been headteacher of Downs Infant School in Brighton for 5 years. She is an active member of NAHT and is mother to Polly (21) and Elsie (15). To celebrate Break the Bias for March, I met with her to ask her about being a woman, being a female headteacher and being a mother.

Nadia: Tell me how you see yourself as a woman and a mother.

Hildi: Who I am depends on the context and I quite like that. I like being more than one person, showing different sides of myself with different people. I believe that’s a skill most women have. You have to be careful not to lose yourself though._

At school I'm a headteacher and I like to be creative, think outside the box and be kind. I feel like as a woman, I shouldn't fall into a stereotype of the fluffy headteacher, but actually I am kind of fluffy! I believe that being kind and fluffy gets a lot done actually.

Being a mother is my main identity. Being a parent of an adult daughter has brought me to think more about being a wonam. We are both going through dramatic stages of growth in our womanhood at the moment. She’s become sexually active and is exploring her reproductive health. At the same time, I'm menopausal and we're finding echoes, similarities and differences in these two phenomena. We talk really openly about it and I'm enjoying parenting an adult woman. I guess we never stop being mothers, however old our children are.

Nadia: Tell me about your youngest daughter and being her mother.

Hildi: I love talking about her because she is funny and quirky and clever and interesting - I'm her biggest fan. I absolutely adore her. However, she is also the most exasperating creature I've ever encountered in my whole life. She's frustrating, but because she is unique. Her whole life, she had had an opinion on everything, since the day she was born. The first few hours of her life, she clearly was not impressed with the world and everything about her little face and her little hands and the way she was feeding told me that. Everything was like, 'what is this?', 'Where have I turned up? I don't like it!'. So, I always knew she was a strong person and she has challenged my ideas about nature and nurture massively.

Nadia: Can you expand a little bit on some of the challenges your daughters had at school?

Hildi: I would describe her as loving learning, but not loving school. I don't think she's school shaped. She has this orientation where the world is basically wrong and she's right. Accepting any kind of authority is a problem for her and in a secondary school, in particular, because of its size and the things they're trying to accomplish, they need a lot of compliance. That demand of her compliance is really, really difficult and subjecting herself to it is exhausting. When she comes home from a day of doing that, she is exhausted and grumpy. So we have a few holes in our walls. It's too much for her.

We (her parents and her teachers) look to her for the answers and I’m beginning to see this isn’t helpful. As school leaders, we've become very focused on listening to the child but I can see that some situations, looking to them for the answer is unfair. Elsie has taught me that too.

Nadia: How's it been for you as successful school leader, to have your child struggle with the school system?

Sometimes I feel so overwhelmed with not being able to help Elsie, that I question how I can be running a school. And that comes out more in the interactions I have with other parents at school. I find the smallest things trigger me at work, like the conversations you have on the gate with parents. So I’m learning to ask my team for help when I get overwhelmed. I don't do any direct work with families who have a child who is struggling to come to school anymore.

The mother in me would always put the child’s wellbeing first but as a headteacher I have so many pressures to ensure the child is in school - I feel constrained by the system. But on the flip side, at a strategic level, it's driven me to make my school as realisic as it can be.

All the research tells us and all the experience tells us that children need a lot of play. I have been developing continuous provision for all children up to year 2, in my school. I firmly believe this would make school easier for children who are not ‘school shaped’ as well as benefit all their friends. Children need us not just to understand early child development, but to use that knowledge to make a difference to their experiences at school. Remarkably, I get a lot of challenge from a lot of people, including parents whose children are thriving in the school and we’ve yet to see what Ofsted say.

I’ve watched both my daughters battle with what society expects from them, as young women and it breaks my heart – I grieve for their freedom. So I just put this anger into my work and try to provide a safe environment for children to find their identity in.

Nadia: to what extent has bias in schools played a part in your daughters’ stories?

Hildi: Elsie is awaiting a diagnosis for autism and we are on that journey now. I certainly think that the bias around girls and autism has been something that’s really impacted on her and meant her discovery of her identity has been a struggle, as it’s been recognized late in her childhood. I'm really pleased that there's a growing understanding of what autism in girls andwomen looks like. Diagnosis it's not just about having a label and accessing support, it's about women and girls being able to understand themselves genuinely. I want Elsie to be able to forgive herself for not fitting in. I think also that there's all kinds of biases in schools relating to how we do things. Our school system tells children there's only one way to be a successful student, to have a successful career and to be a girl.

We have so much work to do to support neurodiverse women – and accepting each other’s differences is going to make us stronger as women. 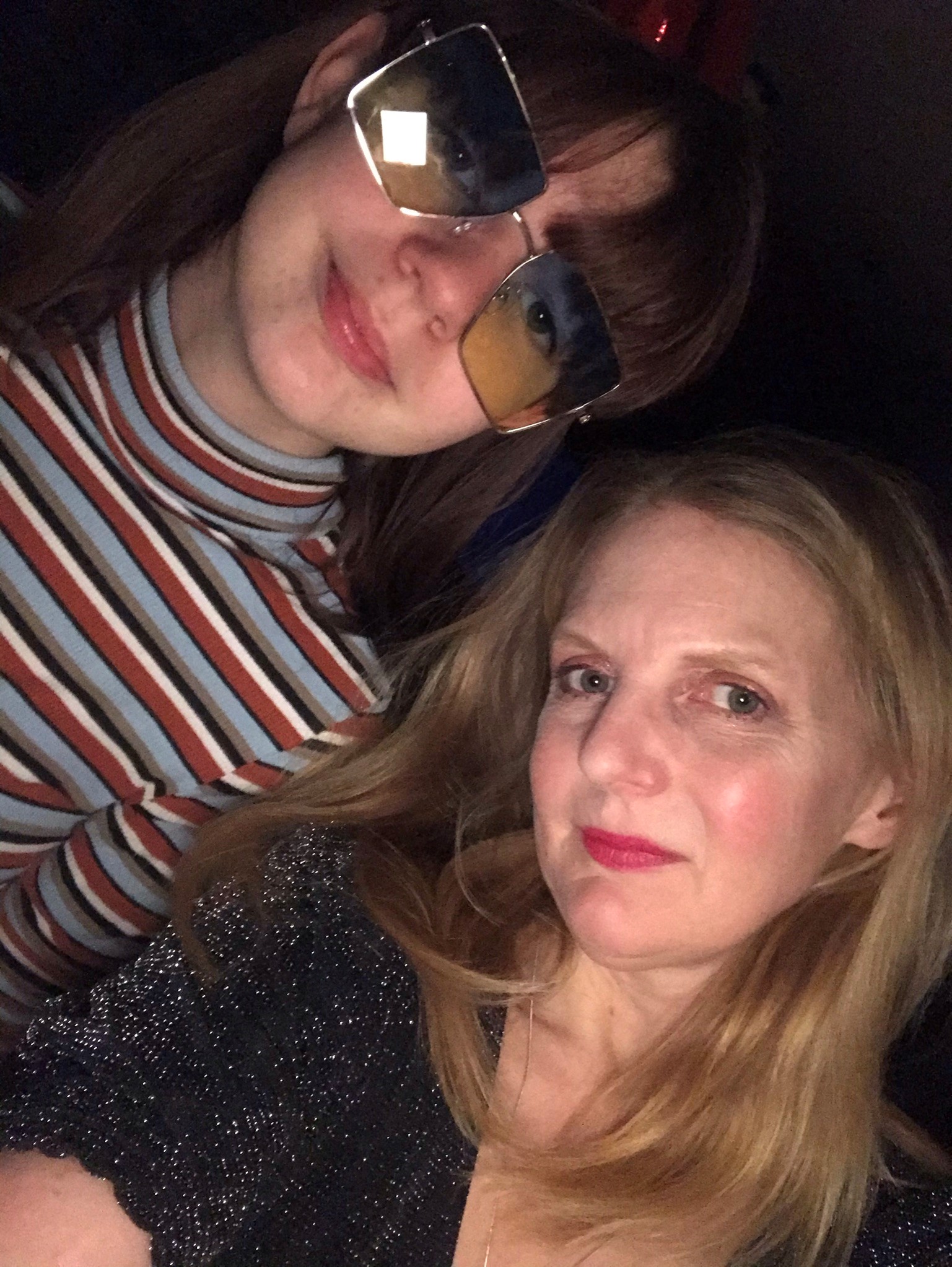